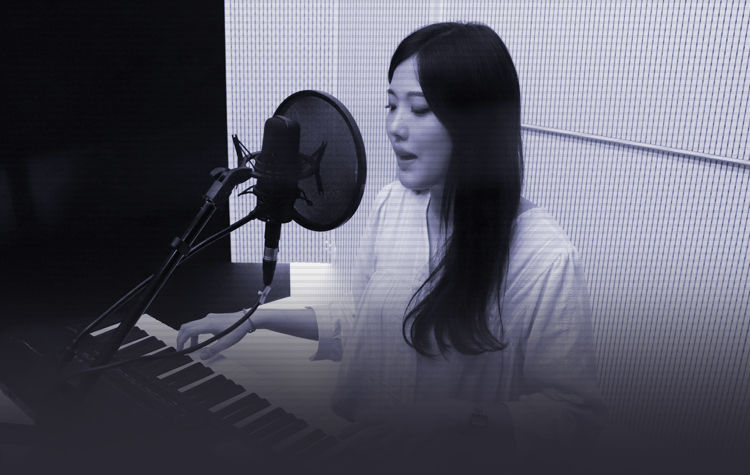 Introducing a composer, lyricist, and a sing-a-song writer with an amazing voice, jam-jam.

She’s currently a sound designer in NEOWIZ’s sound team, and belongs to Studio LAY-BACK. Some people might think about why jam-jam produce and perform music. Well, she said that doing music is like ‘coloring with paints on a white paper’, which is very attractive and exciting for her. She also said that she does music because she wants to deliver whatever she’s ‘coloring’ to someone through her music.

This brings up another question, of what kind of images she wants to deliver to the fans and the reason why she wants to deliver such images to others. jam-jam said that her 'enjoyment in life' is listening to music in the bus while she’s on her way home after getting off from work. In my opinion, I think she wanted to give a gift to people, perhaps a gift of ‘enjoyment in life’, by letting them listen to her music.

jam-jam started her music career in September 26th of 2017, by arranging a piano version of ‘SINister Evolution’  for TAPSONIC. This was her first piece of arrangement for the fans of MUCA.

On December of the same year, there was a mini concert in the ‘DJMAX & FAN LIVE’ event in South Korea, and she performed in front of the fans for the first time. jam-jam performed total of 4 songs - Fallen Angel, Your Own MIRACLE, NB RANGER - Virgin Force, glory day – as a member of Studio LAY-BACK. Studio LAY-BACK performed with its unique music styles and colors, including genres like Bossa Nova and Pop Rock. The songs that were performed that night were very popular DJMAX songs, but they have never been heard in the arrangement that Studio LAY-BACK had performed in. Many of the fans had enjoyed amazing arrangements of the songs from DJMAX and were shocked by the stylish arrangements of the songs.

jam-jam’s unique, husky voice went along remarkably well with the song ‘glory day’, which was arranged in Bossa Nova genre. Many of the fans were touched and were mesmerized by the amazing voice and performance by Studio LAY-BACK. Since ‘glory day’ was the song used for the opening of DJMAX RESPECT and made the world known that DJMAX was still alive, it must've meant a lot for all the DJMAX fans. jam-jam told the fans who came to the event that Studio LAY-BACK prepared ‘glory day’ because Studio LAY-BACK wanted to deliver the message that was in the lyrics : ‘I can feel the moment I’ve met you. I can also feel the moment I will see you again.’

jam-jam also participated in MUCA’s ‘The Opening’ concert in March 31st and April 1st of 2018, as a member of Studio LAY-BACK. She sang songs by ‘3rd Coast’ – ‘Everything’, ‘Luv is True’, and ‘Costal Tempo’, and played piano for ‘Over Your Dream’, ‘glory day’, and ‘Ask to Wind Live Mix’. Many fans who heard her sing and play the piano had enjoyed the marvelous performance. She sang Studio LAY-BACK’s version of ‘Your Own MIRACLE’ alone at the finale of the concert, where all the artists came out to say goodbye to the fans.

From the previous events that were held, we were able to gaze and appreciate jam-jam’s abilities as a singer and a pianist. Through her first song ‘twinkle STAR’, we were able to experience and enjoy jam-jam’s abilities as a producer. ‘twinkle STAR’ was written in the context where a girl who had a crush on someone finally got the chance to go out on a date for the first time. It’s a song that invites the listeners to be fluttered by the fantasy of going out on a date with your crush for the first time ever.

Before singing ‘twinkle STAR’, jam-jam had sung in a moody, husky voice, but she sang with a lively, young voice for the ‘twinkle STAR’. She told us that she tried her best to ‘put all of the nasal voice in her body to the song’ when she was recording this song. She really tried hard to put the emotions of a young girl who was excited for the date.

It’s very hard to notice that the jam-jam sang both ‘glory day’(arranged in Bossa Nova) and ‘twinkle STAR’, since she sang with very different voices and techniques for each songs. jam-jam knew what kind of tone, feeling, and technique the song should be sung in, since she had composed this song. I think that was the reason why ‘twinkle STAR’ came out to be such a good piece of music even though it was her debut song.

For the last words, she told us that it’s her sheer joy to make good music and to let the fans hear it. For my last words, I would like to say that people who know jam-jam and her amazing music are the ones who had gotten the ‘great chance’ . 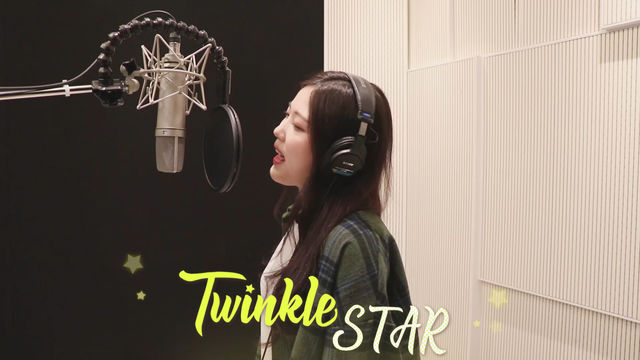